This is the second week of Lovey Lane!! I have my brother and my sister’s lovies to share and I got one submission to share!! Yay!! I really hope to get some fan submissions, so if you have a lovey, your kid has a lovey please send me a picture and story at lifewiththecrustcutoff@gmail.com and I will post it here on Lovey Lane. So feel free to email me yours so we can all see who scares away the monsters and fixes the boo-boos at your house!! 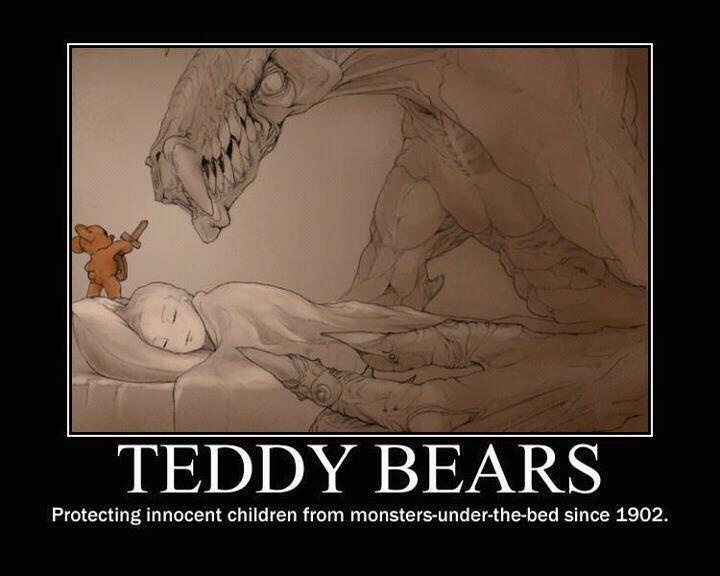 My Mom wrote about “Lovey” and “Night-Night” my brother and sister’s lovies. 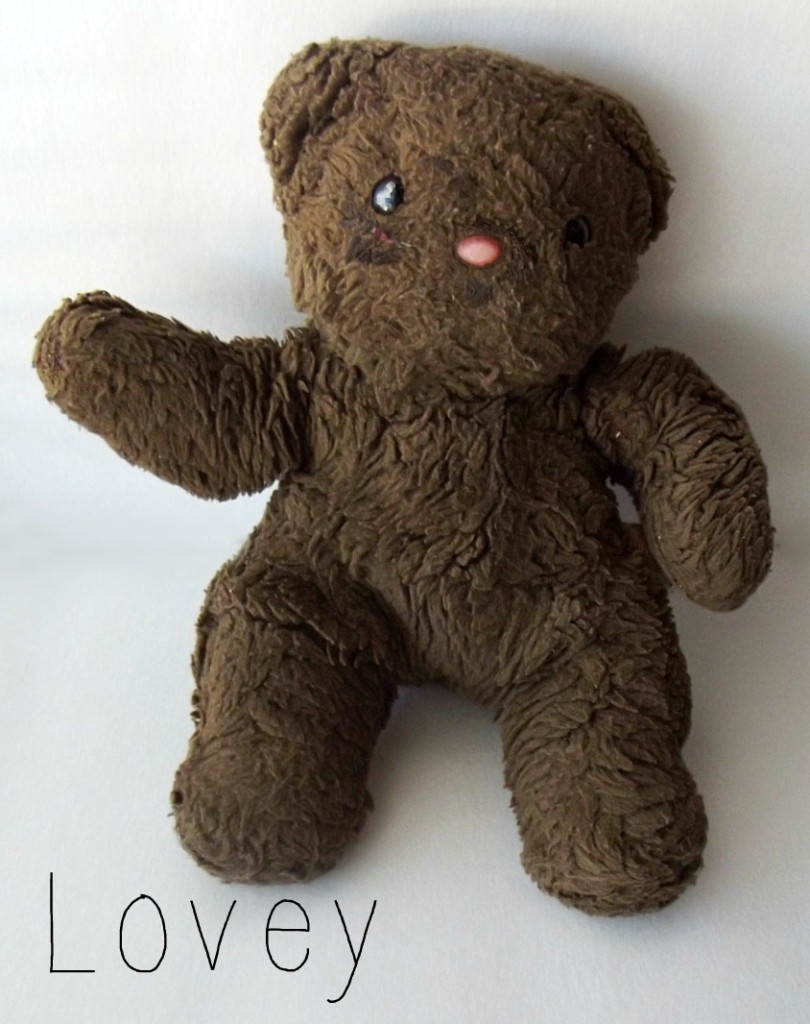 Lovey was bought at Miller & Rhodes on Southern while I was pregnant with Christopher, but I didn’t know if I was having a boy or girl, but I saw that brown bear and he had the sweetest face so I had to get him.  It was one of the few things I had a chance to buy before being admitted with him. He was such a whiney, crying all the time baby with colic and at THAT time, they told us to do all these crazy “tricks” they’d never tell mothers these days.  One of them was to roll a small towel and lay them on their stomach on it but in my insanity from all his crying one day I had forgotten the towel, which never really worked anyway.  The only thing that worked really was my boob on his stomach but I couldn’t carry him 24/7.  Out of desperation I grabbed Lovey and turned him over face down and laid Christopher across him and he shut right up.  Lovey and I tagged team shutting up that colicky baby until he out grew the colic and Christopher kept right on sleeping with him, still 25 years later.  His coat was originally long and shiny, kind of silky.  You’d never know it today.  He has a hawaiian shirt for summer time, a sweater for winter, costume for Halloween and probably a few more accessory I don’t  know about now.  Lovey has gotten him through a lot of deaths, heartbreaks, happy times and milestones in his life.  The entire family knows what an important part of his life Lovey is and looks out for him, making sure he’s up high, safe, away from strange dogs, etc who may think he’s a play toy, etc.  He’s held up good throughout his life, no major surgery ever.  He does have a wobbly arm but that’s just because he’s so super friendly and waves hi to everyone all the time.~Paige 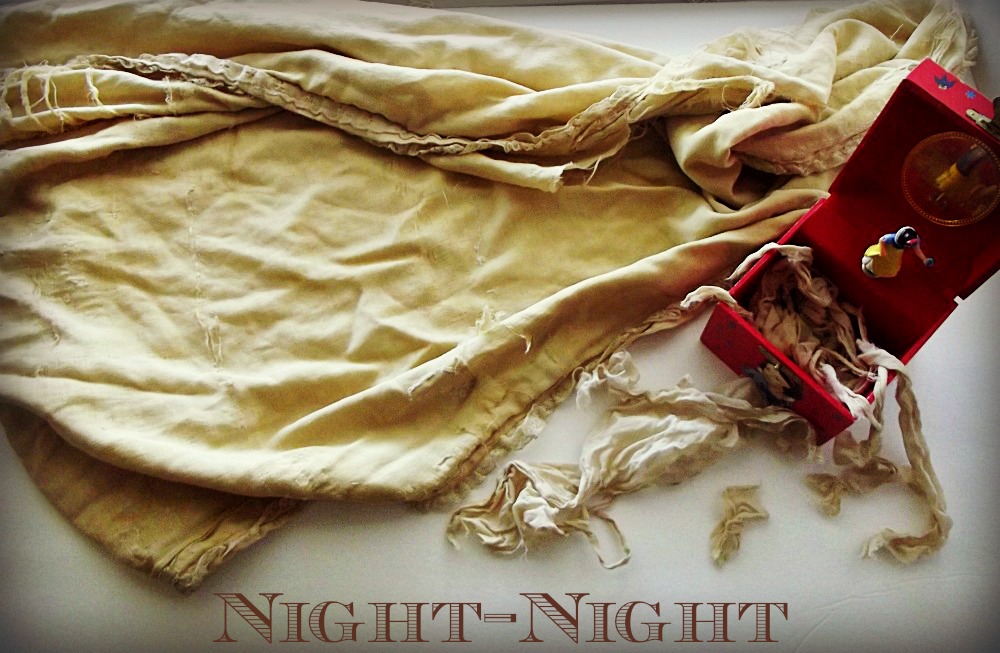 At my mother’s baby shower when she was pregnant with me my father’s cousin handmade her a pink flannel lined receiving blanket.  It was special and used only on special occasions, and passed down and used on all the girls, my sister, Parrish and then Bran.  Even though it was flannel lined it was a spring blanket and lightweight and the perfect weight for the chilly doctor’s offices we had to visit often between her being a preemie and her dad having just had knee surgery so I used the blanket on her a lot.  I put it away that winter and brought it back out that spring and she just found it in a pile of blankets and picked it out that was pretty much it.  Night Night is a “she.”  She never is to be on the floor.  She’s only for sleeping or to make your head or tummy or any ailment better.  She wipes tears better than any hanky ever.  She is the miracle migraine cure.  She is never allowed to leave the house unless Brianna spends the night out, and then Night-Night has her own bag she gets packed it.  Because Night-Night is now 48 years old she’s falling apart.  About 7 years ago she started falling apart to the point we didn’t think she would make it much longer, the flannel had fallen off in strips.  But the catch was we had to have a blanket that was “squishy” enough and pliable enough to ball up and lie on her head while she slept but so as to not suffocate her, Night-Night’s favorite position.  Then it came to us, another of the blankets from when I was baby.  Thank goodness my mother was the keeper of all things special and memorable.  She found another flannel blanket she had made when she was pregnant with me and we took Night-Night and sewed her onto the new/old white flannel blanket my mother had made 48 years ago (or however long ago it was then). It worked like a charm!  Night-Night is still slowly falling apart.  All her pieces are lovingly saved in their own jewelry box.  Night-Night does not leave Brianna’s bed anymore, even when Brianna is sick and on the sofa.  She’s too precious and fragile now.  She doesn’t even get to sleep on Brianna’s head.  She has her own spot, on her own pillow, beside Brianna’s where throughout the night a hand will reach out to check and make sure she’s still there, protecting, keeping all the bad things away.~Paige

Big thanks to Emma from P is for Preschooler for sharing her daughter Kayleigh’s lovey. 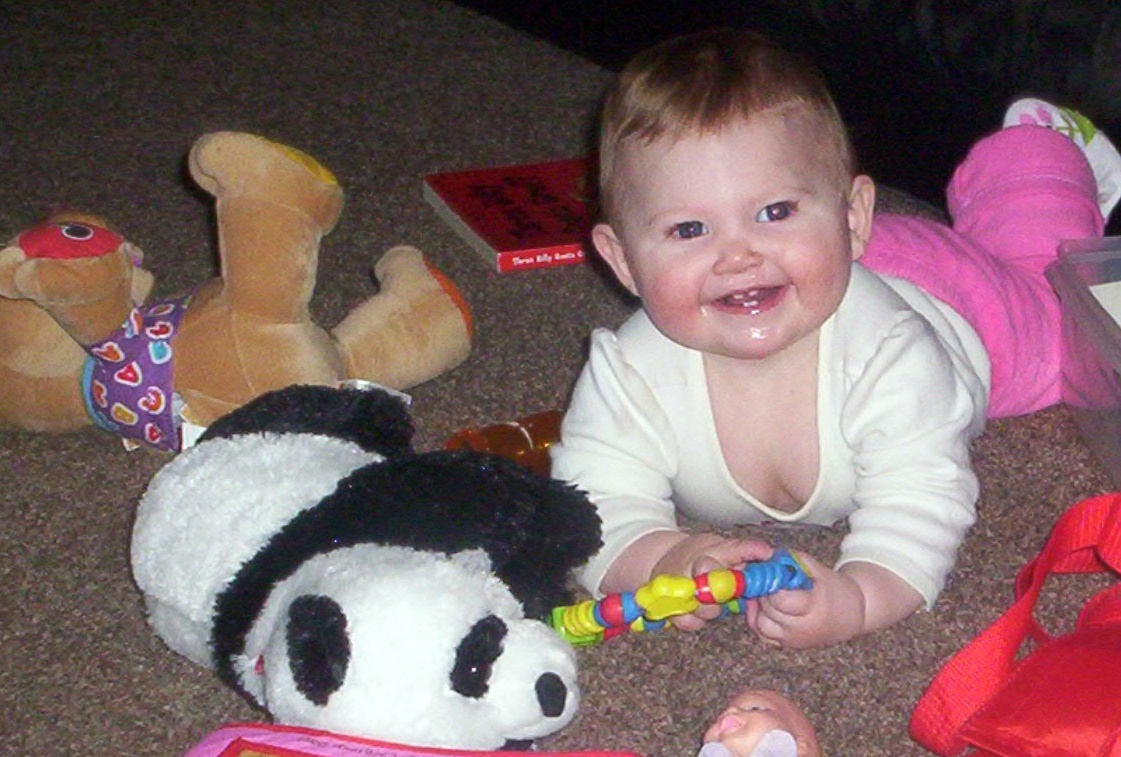 I love your idea to write about the “lovies” – your own child’s and other’s too. So I went off searching through my pictures and was disappointed to find out that I don’t have any pics of Kay with her first Lovey. Just one where she’s not even holding it! (I’m sending it anyway!) She called this panda “Pitty” (that’s “Pretty” in human translation). It was one of her first words. Anyway, thank you for letting me share this with you:)~Emma

I love reading all these stories and I hope more of you will share too!!!