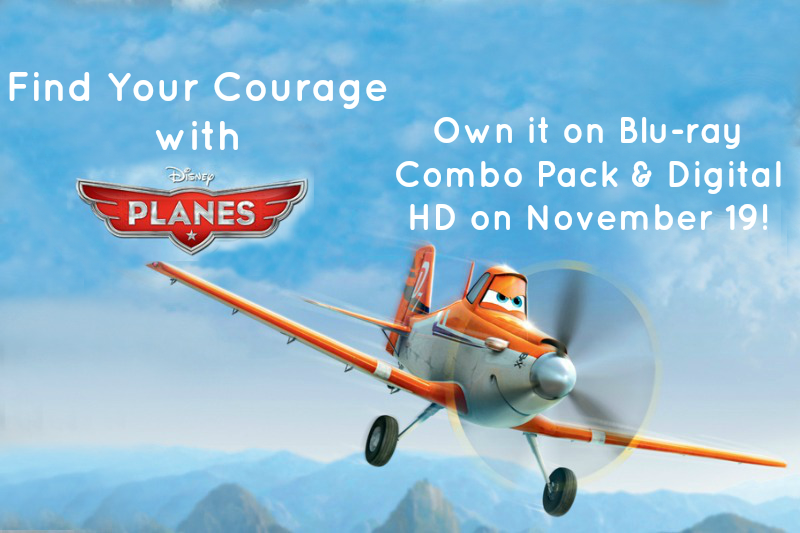 Dean is a huge fan of anything Disney!  So when we got Disney Planes in the mail he was so excited to snuggle down and watch it.  I was excited because I love Disney too and I knew the theme of Planes was courage and that was a subject I was eager to talk to Dean about. 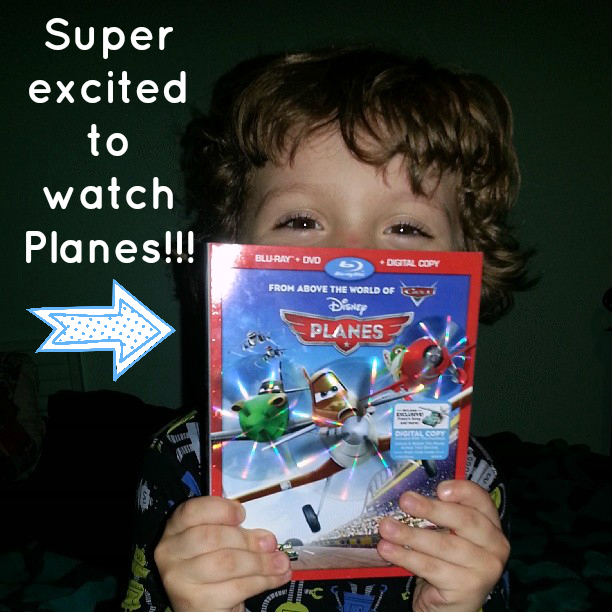 I loved that the movie showed various examples of ways you can show courage for different situations.

The main aspect of courage in the movie is Dusty’s fear of heights yet his dream of racing and how he overcame his fears to live his dream.  This one hits home as Dean has a slight fear of heights. He is not afraid of the dark or monsters but is terrified of heights, even small ones, just sitting on Daddy’s shoulders makes him scream.  I don’t expect him to overcome this fear completely I just want to be able to hold him up so he can put the star on top of our Christmas Tree and small things like that.

During the movie I knew this would be the perfect chance to talk to Dean about his fear of heights and show him that Dusty too is afraid of heights and it is something you can overcome.  It was important for me to explain to him that not only did Dusty use courage to overcome his fear of heights but it was extremely courageous of him to even just admit his fear.  We saw during the end race of Planes Dusty has to fly very high in order to win the race which was scary for Dusty and was a perfect example of Dusty overcoming his fear to achieve his dream. 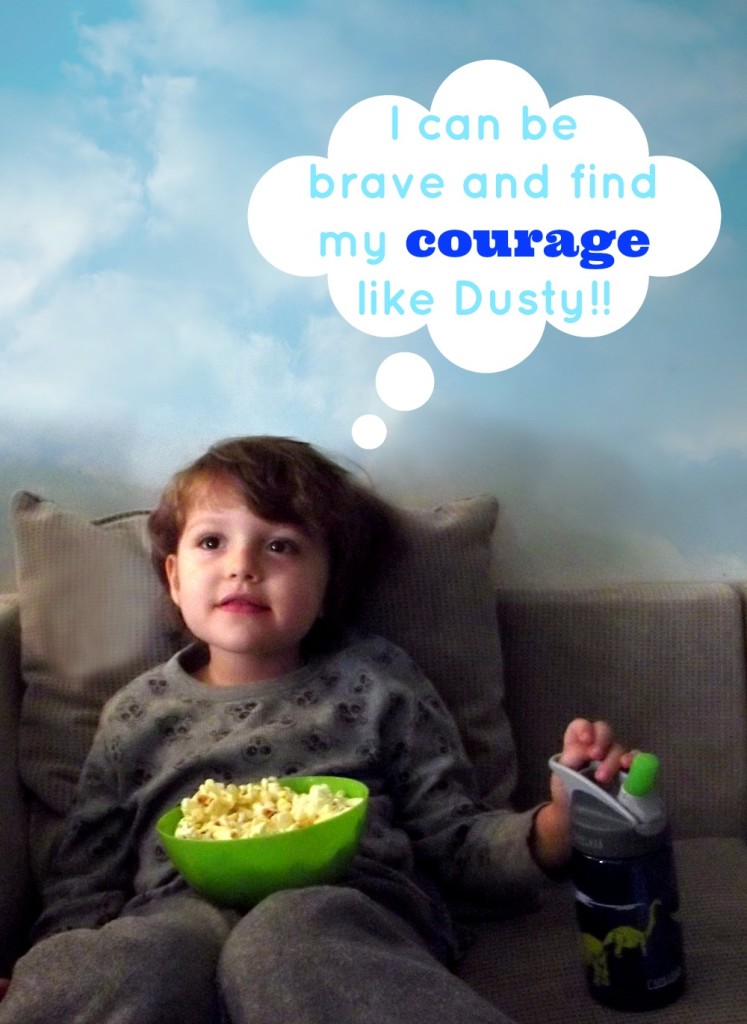 Another example of courage we found in the movie was Dusty’s courage to be himself and to follow his dreams even if others didn’t think he could do it. Even though Dusty was just a crop duster he did not let that deter him from following his dreams of racing.  He was able to believe in himself, accept himself no matter what other planes said and make his dreams of racing come true.

I believe that is an excellent value to instill in our children.  It is so important that we ourselves as parents give our children the courage to be themselves, believe in themselves and make their dreams come true.

Disney Planes is not only an excellent movie full of values I want my child to learn and have, but it is also just a great movie.  It is extremely entertaining and Dean’s new favorite movie. I love that he can sit there and watch a movie he loves and learn at the same time.

Last night I told Dean we were going to the doctor’s today and he freaked out!  I think children are just born with a fear of the doctors, I have no idea why he is scared to go.  So I tried talking and reasoning with him and he wasn’t having it.  So I calmed him down, got him in his pjs and we settled down in the bed and I popped in Planes.  Throughout the movie I commented on Dusty being so brave and how he was scared and he found the courage to not be scared anymore.  I asked Dean if he thought Dusty would be scared of the doctor’s and he said yes.  I then asked him if he thought Dusty would be brave and go to the doctors even thought he was scared and Dean said yes.  He then laid there watching the movie completely entranced and stopped to look at me and said “Mama, I go to the doctor’s, I not scared.”

I was impressed!  A great movie the whole family loves to watch and it encouraged my son to face his fear of the doctor’s?  Too good to be true! 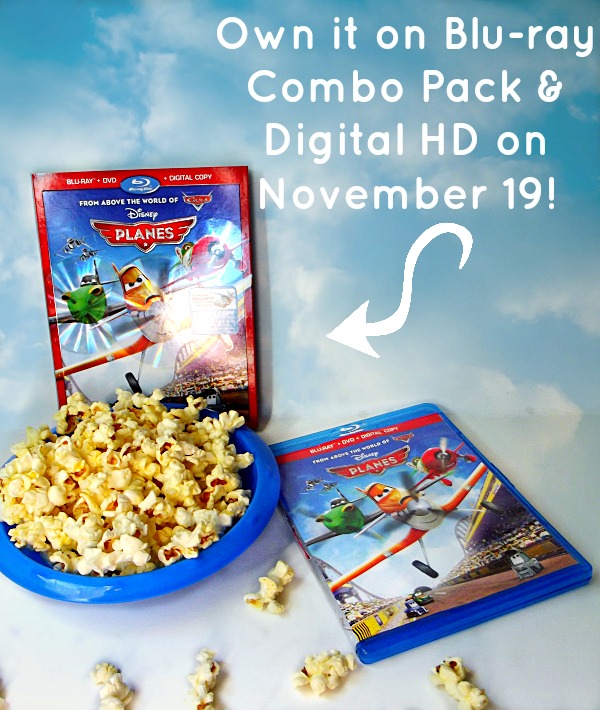 So I highly recommend buying this movie, sitting down with your kids and discussing Dusty’s fears and situations and how he found his courage numerous times ultimately resulting in him fulfilling his dreams.

Disney Planes is an amazing movie and you can own it on Blu-ray Combo Pack & Digital HD on November 19th!