Hey ladies it is Friday again!!! 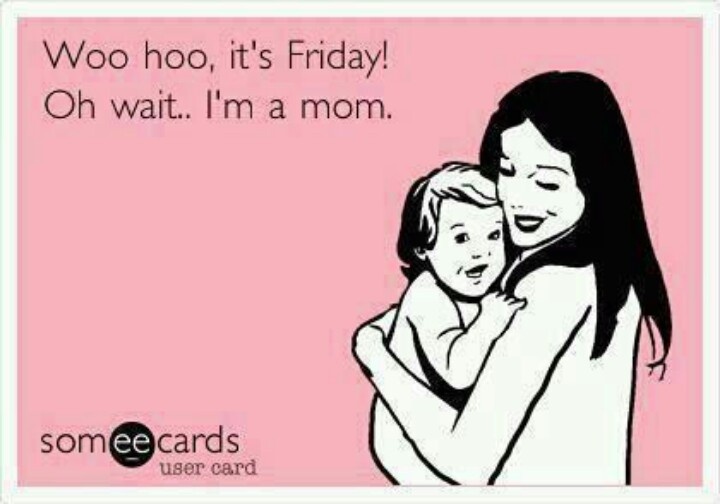 My week has been nuts, crazy busy and the rain hasn’t stopped since like Sunday and it’s not due to stop anytime soon…..

Dean has been a doll this week.  We have come to the conclusion that his hair makes him insane.

With his long hair he is a maniac, crazy, foul mouthed hooligan.

With his short hair he is a snuggly, polite little angel. 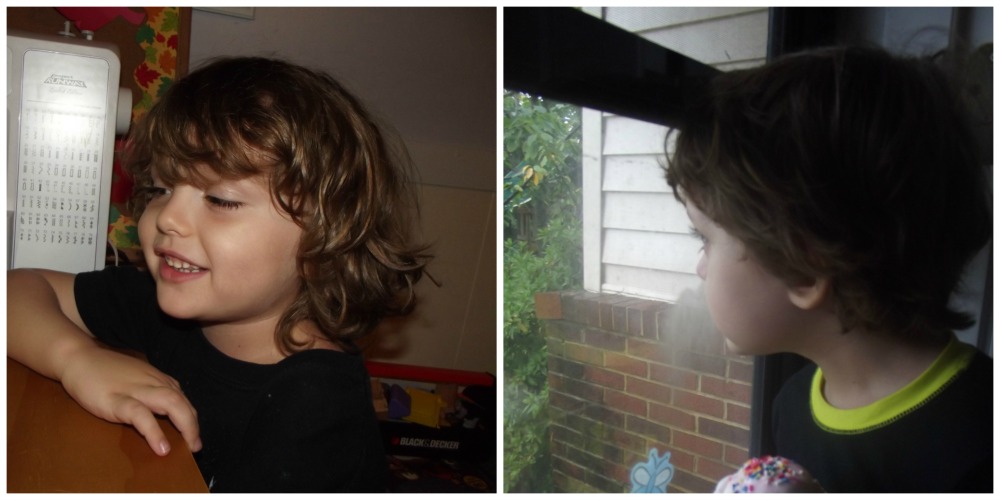 We suspect his long hair must irritate him and puts him in a bad mood.

So Daniel took him to get his hair cut this weekend, I stayed behind to do some kid free Christmas layaway.  He was really good for his haircut and then they had a boy’s day and got lunch out and then went to the mall.

While they were there Dean had to use the bathroom so Daniel took him in the stall and poor Dean was in the middle of peeing when someone turned the hand blower on and Daniel said Dean screamed bloody murder, covered his ears and tried to drop to the ground (thankfully Daniel grabbed him up before he got on the floor of the public restroom bleeh).

I felt so awful that he was so scared, I mean he recovered like 5 minutes later but still….my poor baby.

When they got home that afternoon we left him with my mom while we ran to Costco and my mom discovered that Dean had picked up a souvenir from the mall… someones chewed up gum on the bottom of his shorts (oh god that grosses me out soooo bad, I just don’t think about).

But all in all it was a great weekend.

Dean and I have been having some bathroom issues (don’t worry no pictures for this segment lol)  He goes into the bathroom to poop and then he tries to wipe himself instead of calling me to help him because he is just not good with wiping himself at all.  But he does this all unbeknownst to me until it’s too late and the bathroom is a bio-hazard warzone.  So the other night he must have had a tummy ache and he went to bathroom and I go to look for him and there is poop everywhere, all over him, the floor and he had tried to clean it up, so there was dirty toilet paper hanging out the trashcan, on the floor.  It was just gross!!

So I throw him in the shower so I can clean the mess up, and it is nights like that I wish Dan didn’t work the night shift.  But anyways, I am cleaning it all up and the damn roll of paper towels decides to just roll away from me through all the poop.   I laughed, it was all I could do to keep from crying lol because as I was cleaning that up Dean was pooping in the shower.  So mess cleaned up, bathroom disinfected, Dean clean.

I put a pull-up on his butt because I wasn’t chancing it and it was almost bedtime anyways.  Half an hour later I see him walk into the kitchen and throw his pull-up away.  And I’m just thinking to myself “No No No No No No!” and I rush into the bathroom where he now is and there it is Poopageddon round 2!  Only this time when he tried to wipe himself he dropped the roll of toilet paper into the toilet, reached in and pulled it back out and somehow that disgusting soggy roll ended up by the bathtub.  I freaked and scrubbed the bejesus out of him then the bathroom.  That was one of the grossest nights I have had with him, except for the time he puked down my shirt or the time he put dog poop in his mouth.  Boys……

Needless to say I am ready for the weekend…

My fess up this week is a small one, nothing too major but something I think every mom goes through, I accidentally hurt Dean.  Pure accident, I felt terrible about it, I probably cried more than him lol.

He came marching out while I was eating dinner the other night and said quite mater of factly that he needed a bubble bath.  So I put his stinky little butt in the bubble bath and he was having a grand time making his shark eat his toy bus and he asked me if I could get his lion, this new little hard plastic lion he got when he was at the mall.

So I went to get it and I figured I would get his towel while I was up.  So I had the lion and when I walked past the bathroom I could see his feet in the tub but the rest of him was blocked by the door, and judging from his feet I knew where he was so I tossed the lion into the tub behind him on my way to get his towel.  Only it wasn’t behind him because he wasn’t sitting up like I thought, he was laying down and that lion clonked him right in the forehead.  And I felt like the worst mom ever.  He was soapy and wet and crying but he didn’t want to get out of the tub so I could console him and I felt like crap.  He forgot all about 2 seconds later after he told me “You hurt me mommy!  You tell Baby Dean you sorry!” lol

So that is pretty much it for this week, boring week, loooong boring week.

Anything to fess up ladies?  Judgement free, guilt free zone!