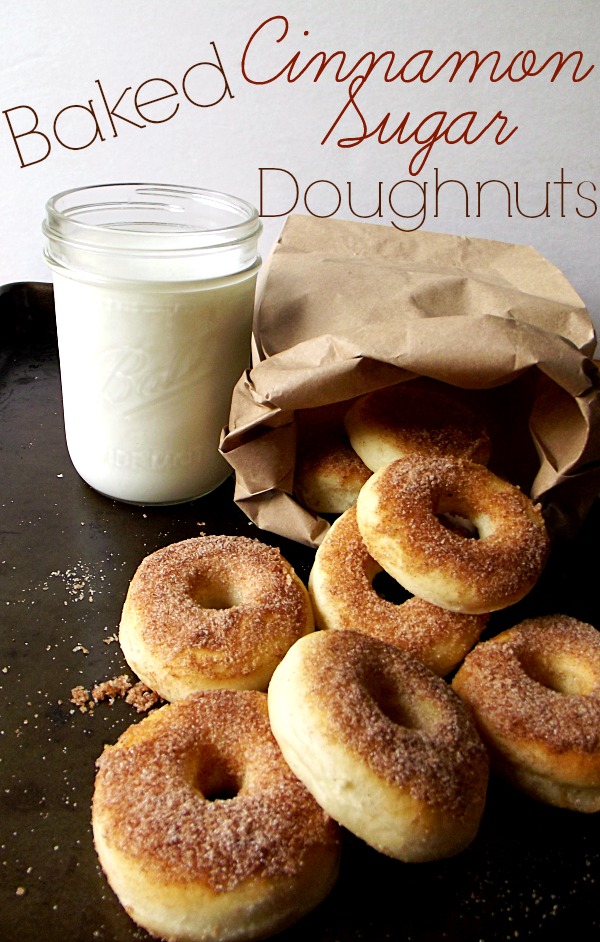 I will start this post off by saying I hate cake doughnuts, with a passion.  I will not waste calories on those dry, dense doughnut impostors lol!  So I thought the only way to get those fluffy, melt in your mouth yeast doughnuts was to fry them.  I now stand corrected.

This recipe for Baked Cinnamon Sugar Doughnuts yields light and fluffy doughnuts right from your oven.  With only about an hour and half total rise time, these are too easy to make…… dangerously easy!  On top of being simple to make, the ingredients are pantry staples which means you can make these babies whenever the mood hits.  But since they’re baked they are healthy, well healthier, right?

The amazing doughnuts are dipped in a cinnamon sugar mixture when they come out of the oven and are warm and incredibly addicting.

If cinnamon sugar isn’t your thing, I’m sure these would be fabulous with a glaze, or chocolate glaze or sprinkles, the possibilities are endless.

So go preheat your oven, grab your rolling pin and get making these Baked Cinnamon Sugar Doughnuts for your family and I promise they will be thanking you! 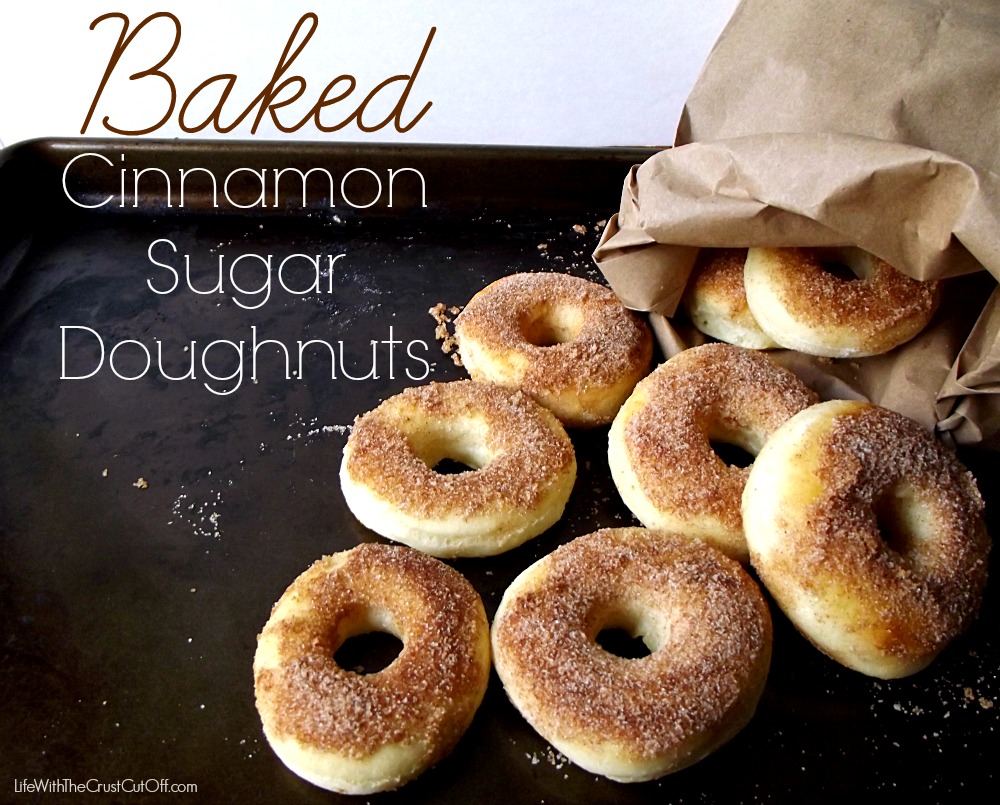